Like the first week, the second week of the CSA was heavy on leafy greens. 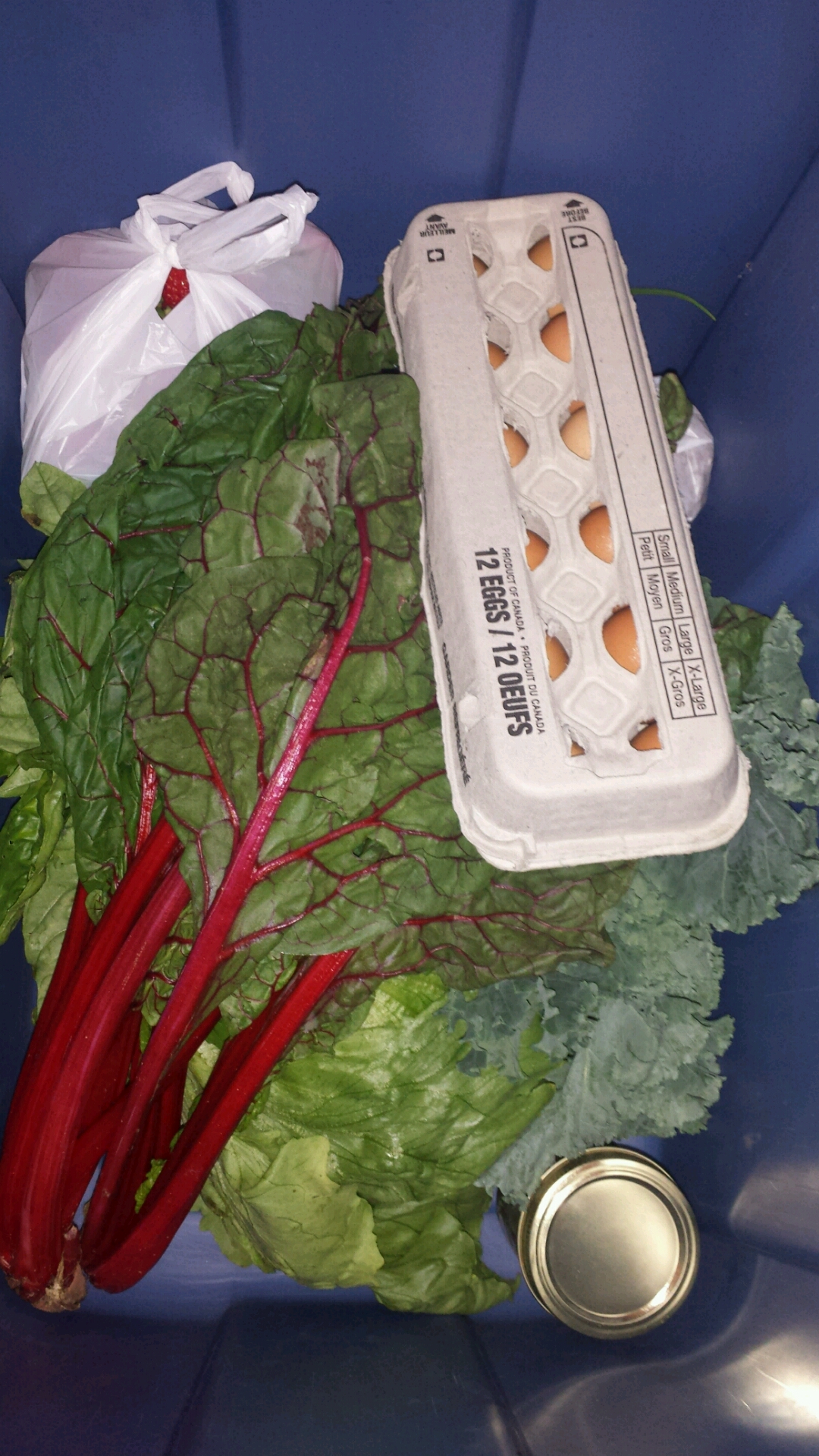 I did see more variety;  instead of several heads of lettuce, I got swiss chard and kale. And we saw the first potatoes.

In previous years, I always prepared swiss chard by cooking it. Recently, I saw that swiss chard can be used in salad. 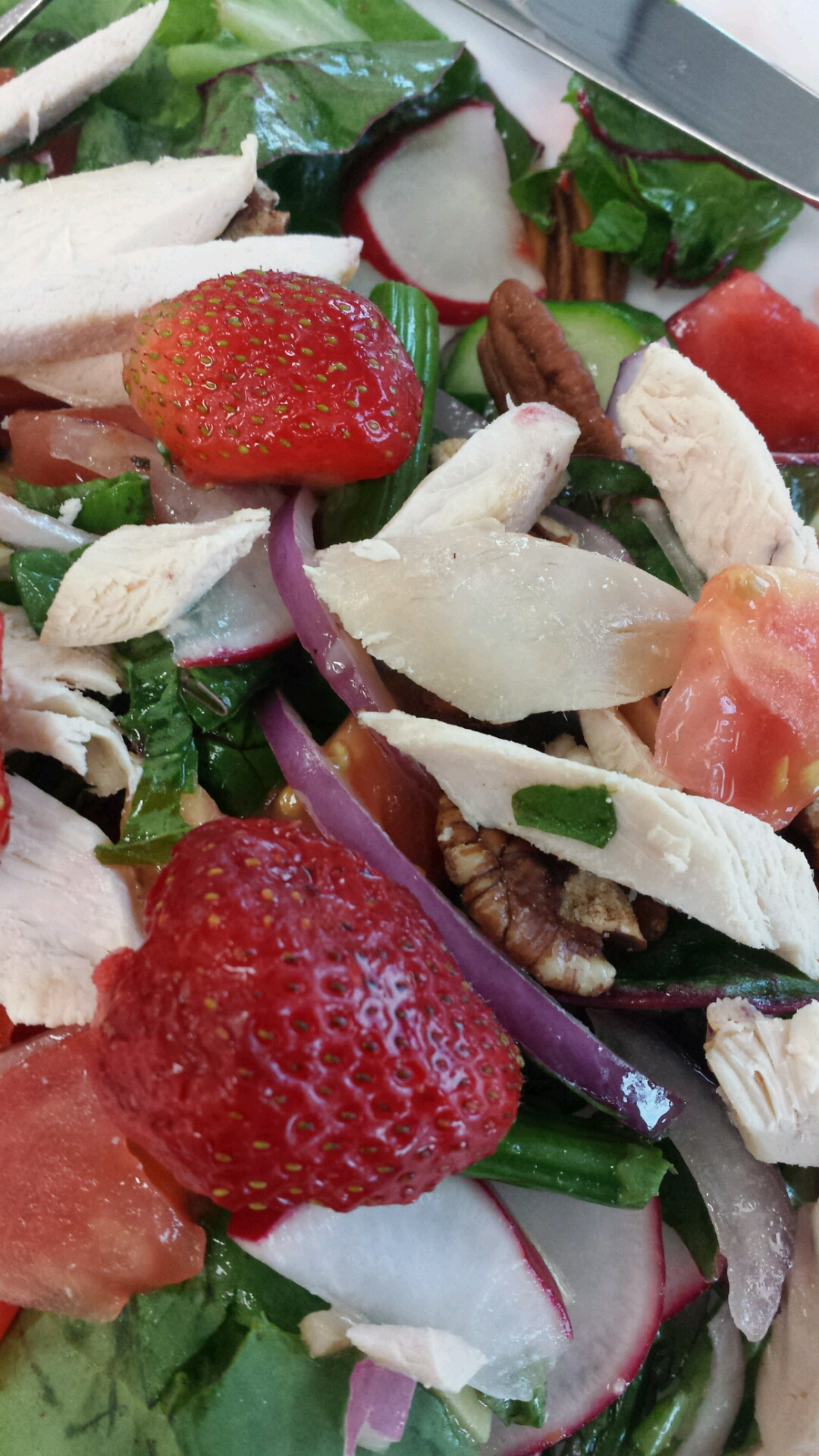 Swiss chard is slightly bitter, so I combined it with lettuce. Not everything in this salad came from the farm.

This first batch of potatoes was a very small quantity. So, I used them in soup. 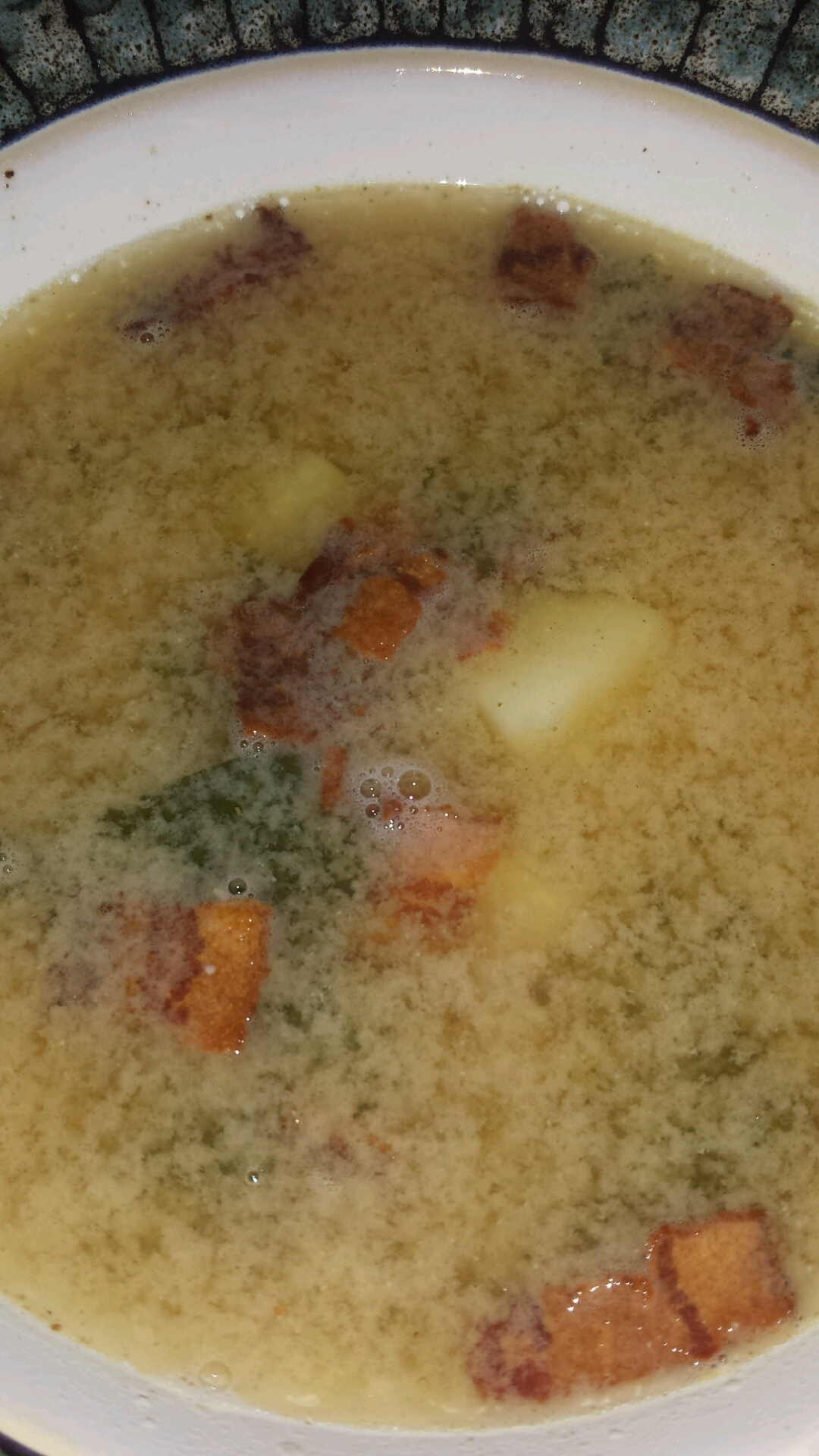 I also included kale and bacon. I was aiming for something reminiscent of the Portuguese soup caldo verde, but the bacon made the soup a bit too salty.

I used garlic scapes, asparagus, and basil, along with an egg, in shrimp fried rice. 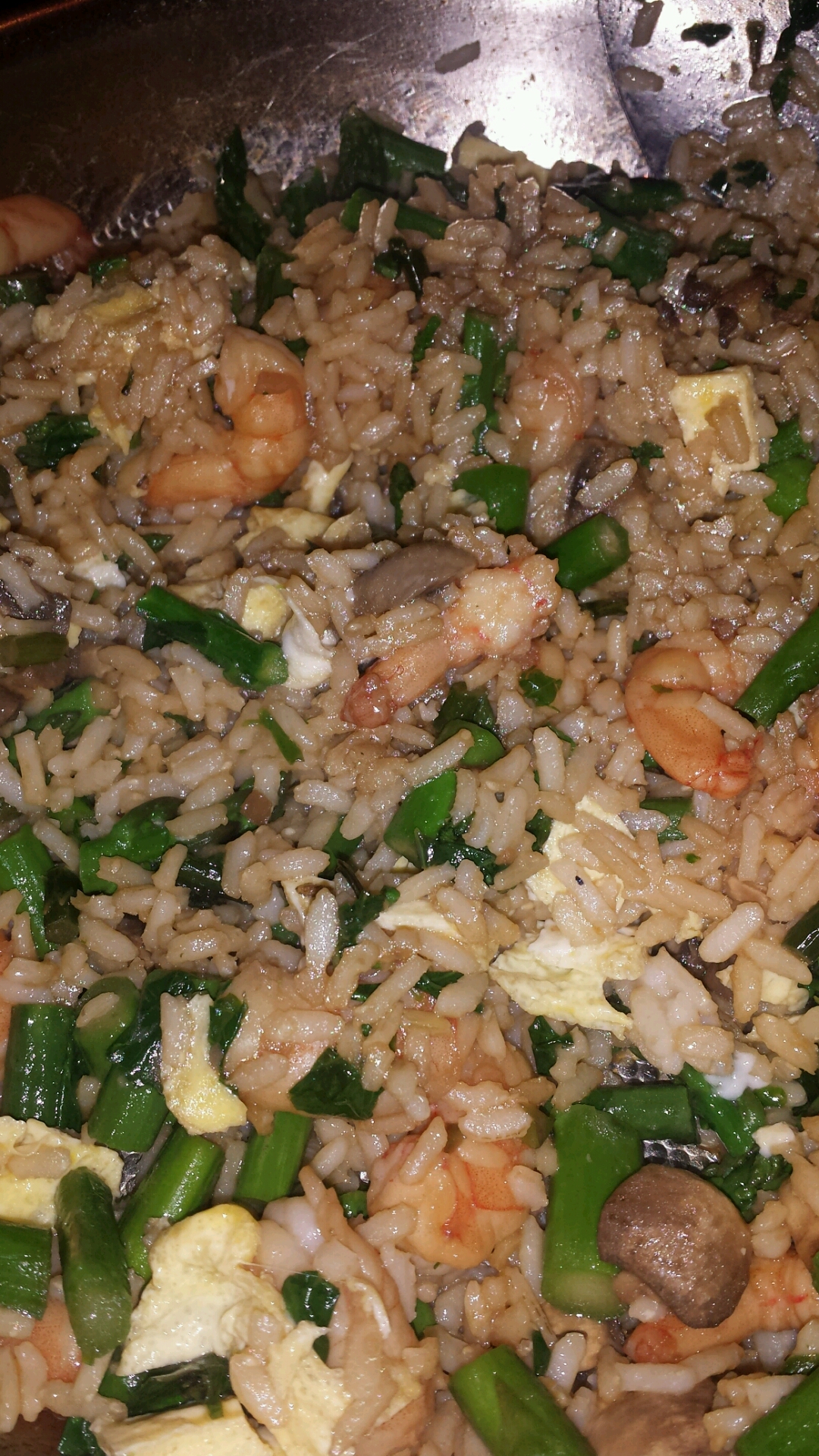 Garlic scapes are the green stems of garlic. They work well chopped in stir-fry dishes, where they add a mild garlic flavor.

Once again, the strawberries were delicious plain. 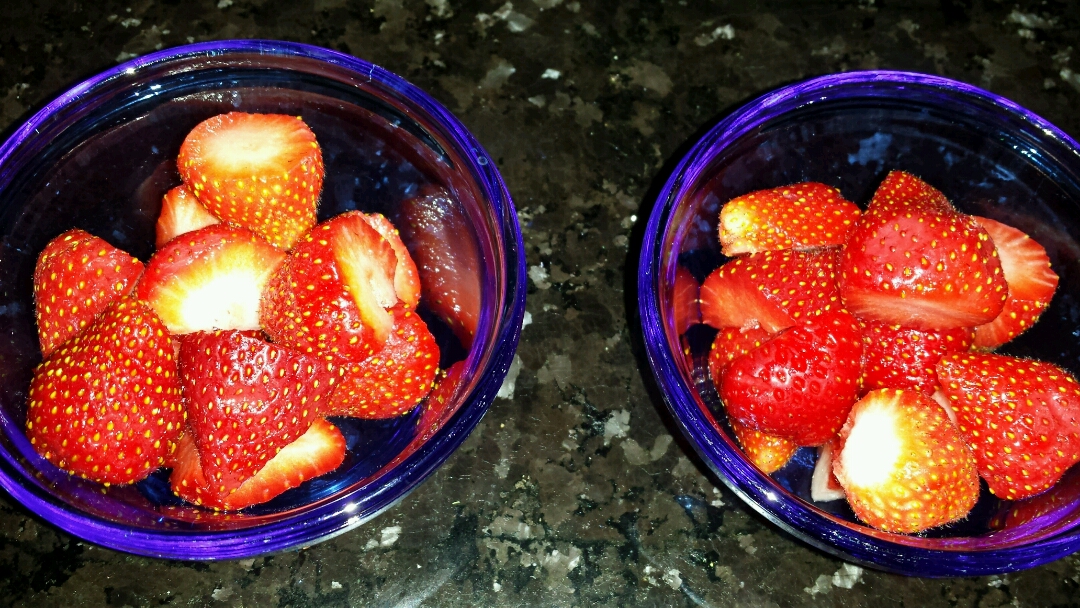 I finished the kale in a pasta dish. 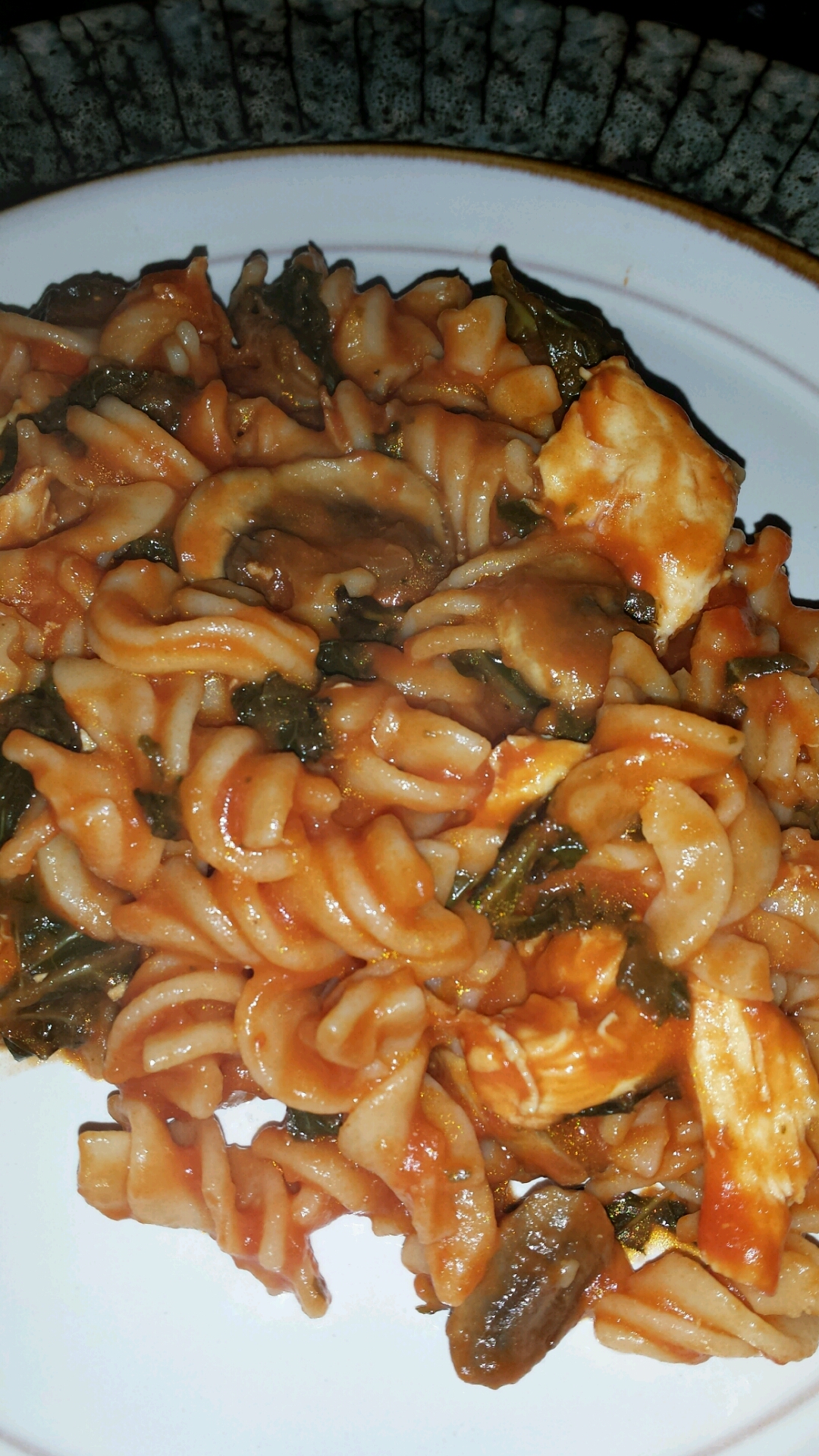 This pasta was tasty on the first night, but didn't reheat well. I blame it on using chicken instead of ground beef. This was a good light flavor, but I suspect that the fat from the ground beef helps with the reheated pasta texture. What do you think? Do you have any suggestions?

Finally, I included lettuce, swiss chard, and asparagus in a chicken wrap. 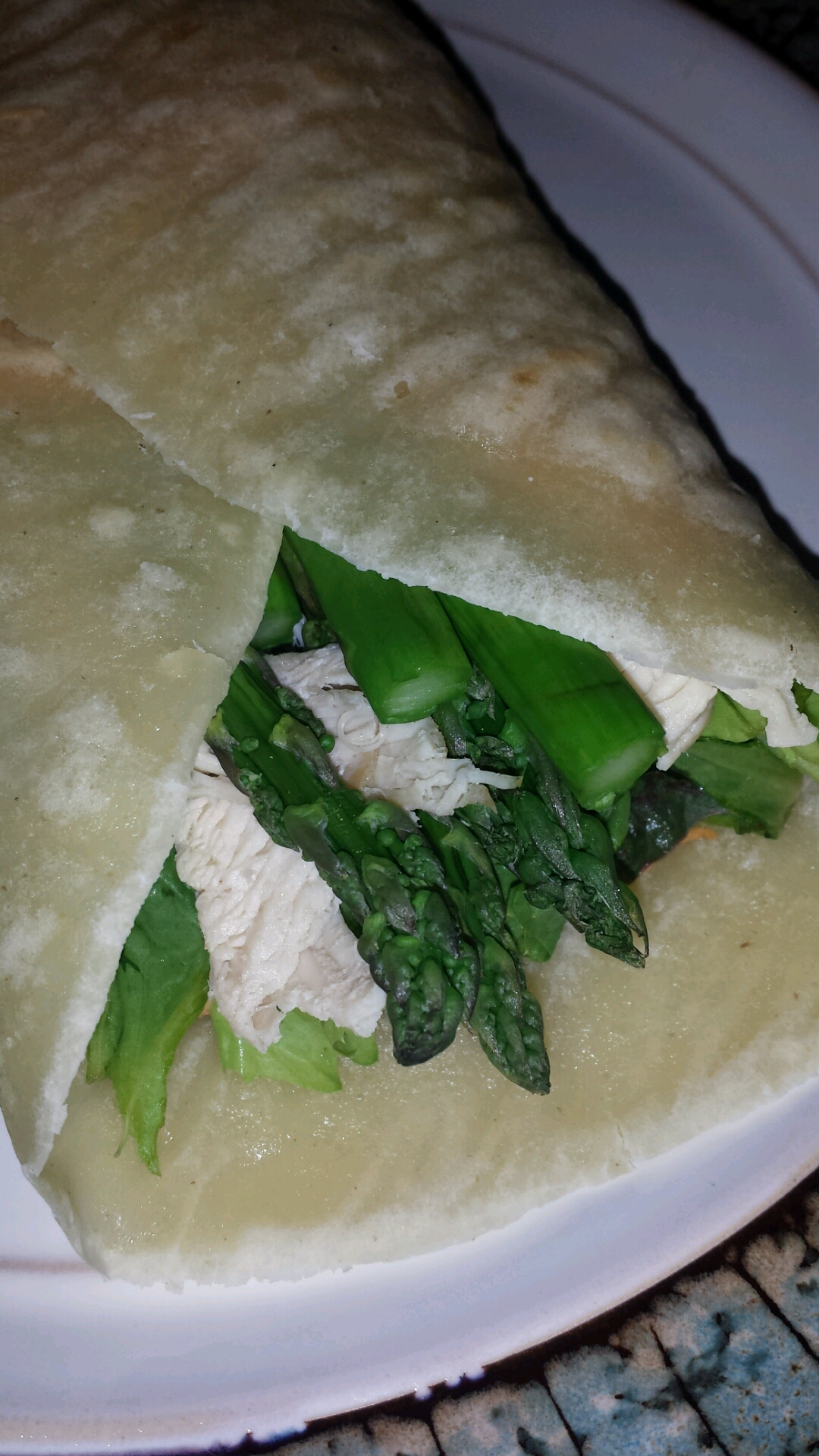